The pure joy of flying does not just come from the ability to “escape” the ground. For me it is also based on the fact that you never stop learning.

I did my first solo flight when I was 15, in a simple glider over the vast plains of Champagne (France). I eventually became a certified airplane pilot a few years later and never stopped flying since then. I have logged flight time on various machines, from the simple but delightful Jodel or Piper L4 to the fast, sophisticated and glass-cockpit equipped Cirrus SR20. More recently, I became the happy co-owner and pilot of a 1951, ex-RAF DHC-1 Chipmunk. With aviation, there’s always a new skill to acquire or a new territory to explore.

Too many words? Then simply watch my flight videos, available on my YouTube channel. 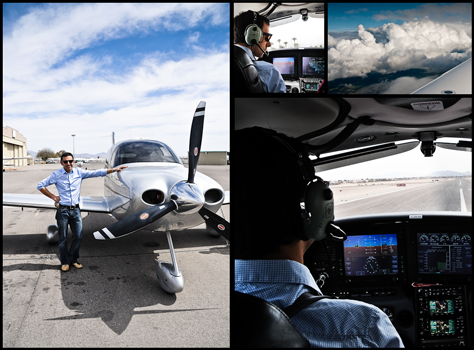